An indomitable teacher from Lysychansk 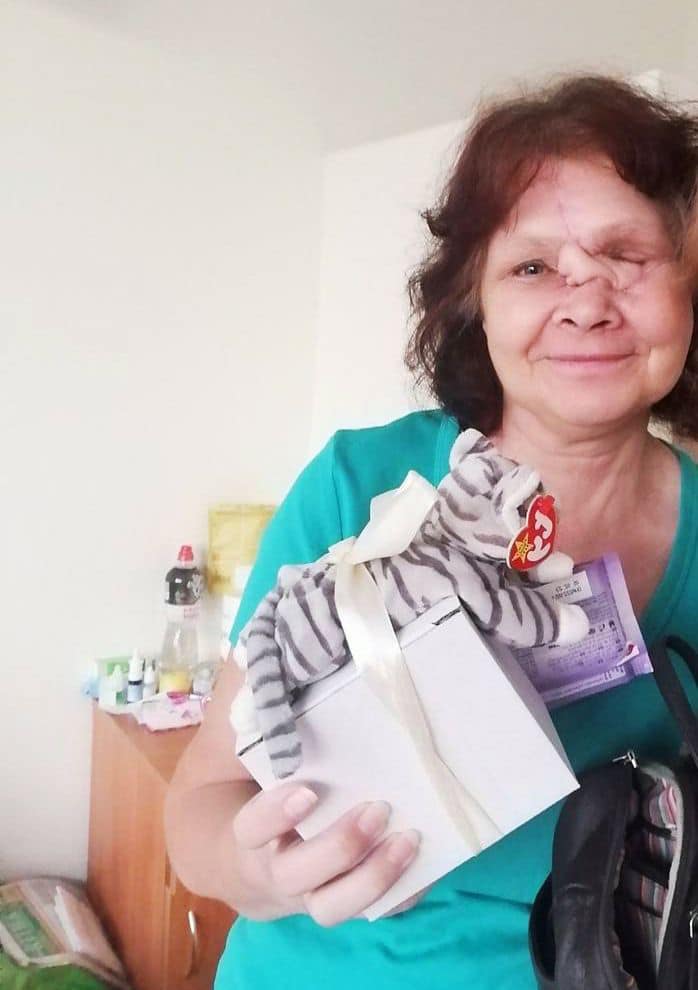 Friendly, bright, modest - this is how you can characterize Mrs. Olena from Lysychansk - a chemistry teacher by vocation and a fighter by spirit.

On a June day, Mrs. Olena went out into the street, when an explosion rang out in a moment. It seemed that the "arrival" happened somewhere far away, until suddenly the debris reached the woman and hit her directly in the face...

"I remember how I fell to the ground... pain... I heard the voices of our boys: "Talk to us, don't disconnect, tell us the address!" - this is the last memory of the woman, followed by darkness.

Mrs. Olena regained consciousness in the Dnipro Hospital - 22 days after the explosion. The doctor immediately reported the disappointing news: the eye could not be saved. Later, the teacher was taken to the Lviv Hospital, where she was met by our volunteers.

During the story, the woman never complained about her loss and the disaster she had experienced. The only thing Olena was worried about was her relatives, who remained in Lysychansk without contact.

On Knowledge Day, we congratulated Olena on her professional holiday. The woman burst into tears of joy. At the mention of school, Olena brightens and finally smiles. The teacher is not thinking of leaving her profession and is waiting for the end of her sick leave to conduct online training!

We believe that after the end of the war, Mrs. Olena will share her knowledge with more than one generation.

We warmly said goodbye to the teacher, but the thought remained: how can such a nation be overcome?